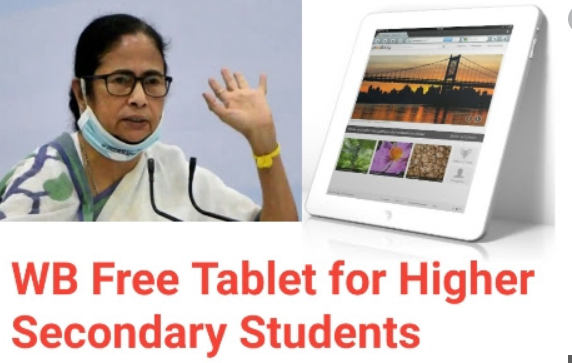 West Bengal Chief Minister Mamata Banerjee on Thursday announced that her government will give 9.5 lakh tablets to higher secondary students to attend online classes.Speaking to journalists at the State Secretarait Ms. Banerjee said, “There are about 14,000 State-run and State-aided higher secondary schools in the State. We will provide tablets to each and every student.”Schools and higher education institutions are still closed due to COVID-19, and the announcement comes months before Assembly polls in the State.

The West Bengal Govt’s decision to provide students of Higher Secondary schools with tablet devices was announced by Chief Minister Mamata Banerjee. Interacting with Govt Employee’s Federation at Nabanna on Thrusday, Ms Banerjee said that “There are around 14,000 government and government-aided schools and 636 madrasas where approximately 9.5 lakh students will sit for the higher secondary examination this year.

Below is the overview of WB Free Tablet Scheme 2020 as announced by CM Mamata Banerjee on 3 December 2020:-